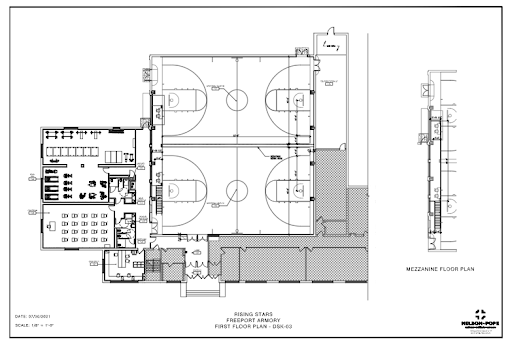 Long Island's Rising Stars Youth Foundation founder Paul Savramis announced today that, after 26 years, his vision of promoting education through sports has finally found a home.
The new home will be housed within a total renovation of the 16,000-square-foot Freeport Armory. The Armory is centrally located in the village of Freeport on the south shore of Long Island.
"Freeport is the right choice for us to be,” said Savramis. "We couldn't ask for a better address." "The Armory is a perfect location for Rising Stars for a variety of reasons,” added Savramis. "It is directly off the parkway and within an easy drive from nearly everywhere we draw from."
In addition, Savramis said Freeport would open new doors and locations for Rising Stars, including Queens and Manhattan, where Rising Stars has families that want to come to them but have had a difficult time doing so with distance.
"Those are just a few of the reasons we are excited to be in Freeport,” continued Savramis, "but another important reason is Freeport itself. The village has everything that Rising Stars was looking for in a home and is representative of every place on Long Island. The Freeport Armory is also located across from one of the oldest camps on Long Island, Camp Coleman.”
The project in Freeport is a collaboration between the village and Freeport and Rising Stars, and both are equally excited to see its programs offered there. That excitement is also running strong within the Rising Stars families, especially within the alumni. "There has been a lot of interest in seeing this happen over the past 26 years,” said Savramis. "Some of that has been coming from the families who are part of Rising Stars today but much more has been coming from former Rising Stars that have come back to the programs over the years and who now have children involved.” 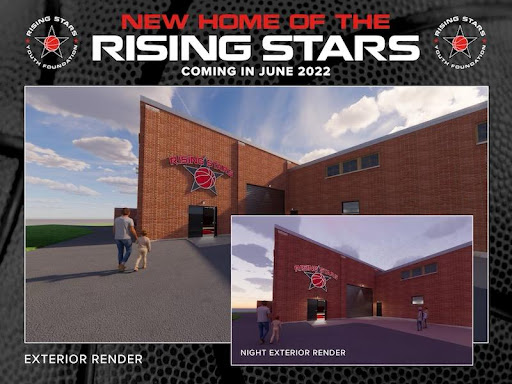 "Looking at Rising Stars today, it's hard not to see the images of yesterday,” said Savramis. “It defines what we are, and it's greatly appreciated; You couldn't ask for anything more than to see that happening."
One Rising Star that came up from the Rising Stars teams and is now the Foundation’s Executive Director is Dan Gimpel.
"Dan has been instrumental in raising funds for the project,” said Savramis. "I coached Danny when he was in HS, but now he has families of players he coached coming back to us with pledges!" That's just amazing for me to see.”
Another alumni instrumental to where the Foundation is today and who Savramis said will always be a huge part of the Rising Stars' new home is ESPNs and former Duke All-American Jay Williams. "Jay and his mother Althea spearheaded the early Rising Stars educational model and were a huge part of our building the brand over the years. This home owes them a great deal."
The new facility will include offices, classrooms, a learning lab, and a training center. In addition, it will have two air-conditioned NBA size courts.
"There are so many areas of this project that excite us,” concluded Paul Savramis; but, once again, the location of Freeport comes back at the head of that list. It is central to everywhere and every point on Long Island and easy access for everyone that we work with, but equally important, it will open the doors to areas where we need to be.”
A tentative opening ceremony is planned for the middle of 2023.
Posted by Paul Savramis at 4:56 AM