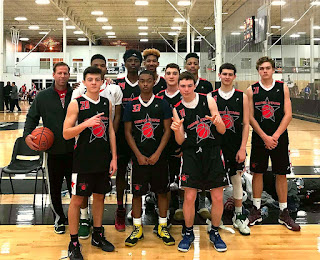 In 2017, Rising Stars celebrated its 20th anniversary. Foremost among the festivities was a “coming of age party” to celebrate Rising Stars Executive Director Dan Gimpel’s assuming the organization's day to day leadership duties. Here, Rising Stars founder and President Paul Savramis opens up about his pride at seeing his former student take over the reins.

Q: How long has Dan Gimpel been a part of the Rising Stars’ family?

Paul Savramis: Dan has been a part of the Rising Stars family at just about every level beginning as a student athlete and playing on our national teams. He has worked with us in his current role of Executive Director for the last 10 years. Ten years prior to that, he was Rising Stars' director of outreach and basketball development. I’ve seen him grow over the past decade and develop into a experienced leader and mentor for the countless boys and girls he has helped throughout the years.

Q: What are Mr. Gimpel’s leadership responsibilities as the Executive Director with the organization?

Paul Savramis: Really, I think making things official was more symbolic than anything. Dan has taken on so much responsibility in so many areas over the years that this was a natural progression. He wears the mantle of responsibility well, though it is heavy and time-consuming. Dan is a unique individual in that it is his love of watching “his” kids succeed that pushes him each and every day. What makes Dan the perfect choice for the head man day to day is that he takes his work very personally and is "all-in" at every level.

Q: Gimpel is fairly young himself, especially when he took over as the Executive Director of a national organization. Has age been an issue dealing with so many responsibilities and the challenge of working with kids just a generation younger than him?

Paul Savramis: Absolutely not! We do joke sometimes, however, that he’s a young man taking on burdens that would weigh men twice his age down. When I started this organization 20 years ago, I had three or four teams and that was tough. Today, Dan is responsible for 370 Rising Stars student athletes. Over the years, many of the connections and much of the legwork needed for Rising Stars to continue and grow were the ones Gimpel took to heart. He was always aware of the shared responsibilities he needed to someday assume as his own. That "someday" is now as Gimpel's relationships and responsibilities are those he has established.

Q: What is one of the most rewarding aspects of leadership you have had and now see Dan assuming?

Paul Savramis: One of the most rewarding aspects of Rising Stars is seeing our student athletes return as alumni, parents and coaches after they play on our teams. You see them as they develop into young adults and as they learn all we have to offer and learn what they need to on their own. Then they are all grown up; some have kids of their own now on our teams and you hear them say that much of who they are and what they do today was because of Rising Stars. That reward was one that Gimpel had as a student of Savramis and now shares with his students and soon with their sons. It’s a  journey you don’t soon forget and one that comes back time and time again as the students come back as adults.

Q: Do you anticipate that Rising Stars will continue to grow? 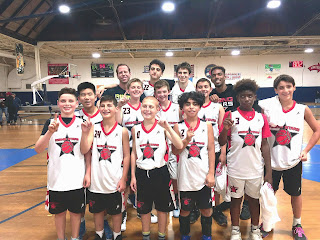 Paul Savramis: This marks the fifth straight year of substantial growth for the Rising Stars organization. That was seen in growth across the board and in every aspect of the organization. Both Academic and Athletic growth continues to be balanced and our community outreach is at its highest level of awareness. That's due to the fact that all of our staff and everyone involved are still completely hands-on with everything that we do. I imagine that under Dan’s leadership, Rising Stars we will be able to say the same thing for many years to come.