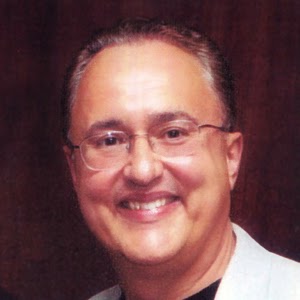 A pioneer in instructional basketball and innovative youth programming, Paul Savramis founded Rising Stars in 1996 with the mission to inspire and empower youth during their most formative years. In 2003, Savramis was honored to receive a letter from the President of the United States commending Rising Stars for its excellence. That recognition was followed by a 2004 citation of excellence from the Governor of New York. Paul Savramis has also received accolades from some of the top basketball coaches in the country for his dedication to initiating sports programs that teach positive values.

Rising Stars reflects a lifelong commitment by Paul Savramis to reach out to youth through activities that help build confidence and improve lives. Prior to his work with Rising Stars, Paul Savramis was the founder and director of Eastern Invitational Basketball Camps, a summer program that became one of the most respected basketball camps in the country. Hundreds of youth gathered together each year for these camps, which provided intensive lessons in basketball, soccer, and tennis.

During his time as director of Eastern Invitational Basketball Camps, Paul Savramis helped set up a network with summer programs throughout the world. This international network helped establish Savramis as a leader in youth programs. Part of Paul Savramis’ international network was the inclusion of the program in Michael Jordan’s camp. Both Magic Johnson and Larry Bird made appearances at Savramis’ basketball camps, which featured a roster of coaches that included Tom Thibedeau, now coach for the Chicago Bulls.

Paul Savramis obtained his master’s degree in physical education from Queens College in New York. During his time in school, Paul Savramis learned the value of athletics in shaping young minds. He minored in Child Psychology and Special Education, giving him a foundation he carries into his work today. After graduation, Paul Savramis worked as a trainer with the American Red Cross, providing water safety training to lifeguards and other trainers. Paul Savramis also worked in Westchester Day School’s physical education department. During his time at Westchester, Savramis also ran instructional programs for the school and managed health education.

Today, Paul Savramis has shifted his focus to getting the word out about the work of Rising Stars. This requires him to spend less time on daily operations and more time coordinating special events. Two planned upcoming events will involve the New York Knicks. His goal is to create programs that teach impressionable youths integrity and the importance of teamwork. Additionally, through programs like Rising Stars, children and teens are able to see the power of respect and responsibility.

Paul Savramis lives in Long Island, New York, where he enjoys surfing and other leisure pursuits that help him stay active. In addition to his work with Rising Stars, Paul Savramis supports the Ronald McDonald House and the Children’s Cancer Research Fund.