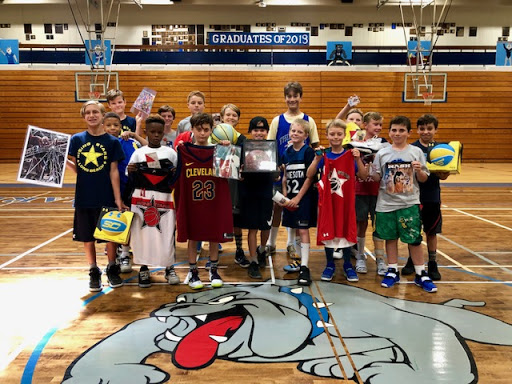 Paul Savramis, founder of Rising Stars Youth Foundation, says the greatest joy of his career is watching boys and girls succeed on the court. He says this is not so much about scoring points but about watching them realize they can conquer both basketball and life. Summer basketball camps allow this to happen and serve as a boost before going back to school.

In 2019, Rising Stars held many basketball programs. Two that stand out to Paul Savramis are the Twilight Camp at Long Island Lutheran High School and the Long Beach High School Basketball Camp, which was the first of many to come.

Paul Savramis explains that the Rising Stars Youth Foundation four-night twilight camp hosted girls from 4th through 11th grades. The camp was open to Rising Stars players as well as others. Despite the heat of the summer nights, the girls and coaches put in an unwavering amount of effort while having a little fun along the way.

Also for 2019 was Rising Stars’ first basketball camp in Long Beach. According to Paul Savramis, more than five dozen coed players came out to enjoy four days of basketball, fun, and learning. RSYF Director Dan Gimpel oversaw the camp, which hits close to home for the Rising Stars alumni. He and Paul Savramis agree that extending basketball’s bouncy reach into a traditionally lacrosse-loving community made a world of difference for the many eager and curious participants.

Paul Savramis is pleased with the progress and participation rates of this year’s summer camps and is beyond excited to see what 2020 has in store.
Posted by Paul Savramis at 8:18 AM