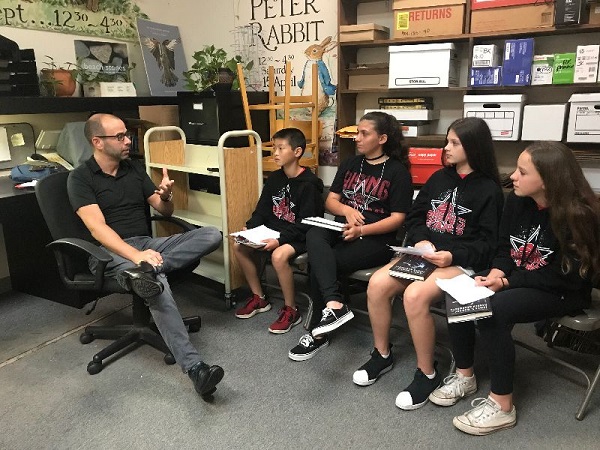 Paul Savramis prepares for summer’s end by reflecting on the previous several weeks in the following QA.

Q: What were some of the more significant moments that took place at Rising Stars Youth Foundation this summer?

Paul Savramis: Well, I think all of our moments are significant but two that stand out at the moment are the participation in Kidsday and the awesome graduation season!

Q: Tell us about Kidsday…

Paul Savramis: Kidsday, which is a division of the publication Newsday, hosted an event in June. We were fortunate enough to have a handful of student-athletes attend. During the event, our boys and girls had a chance to meet and interview Murr of the television series Impractical Jokers. Not only did they get to meet him but they also were able to script their own questions and engage in a lengthy dialog. We plan to publish their interview very soon.

Q: That’s very interesting, but it has nothing to do with sports or academics. Why participate?

Paul Savramis: We look at opportunities such as this a positive outlet for our student-athletes. Being able to take the role of reporter stimulates their creative minds, opens them to a world beyond their own, and, most importantly, keeps their attention away from the negatives in life that drain their minds.

Q: What else happened over the summer?

Paul Savramis: We got to celebrate high school graduation with many of our senior athletes. It is always heartwarming to see a child that you have known since grade school walking down the aisle, dressed to the nines, and donning their cap and gown.

Q: What is the graduation rate among RSYF participants?

Paul Savramis: I am beyond pleased to say that it is 100 percent. You see, we do so much more than push basketball. We expect our students to excel in the classroom even more than on the court. I am so proud to say that every senior in our program for the 18/19 school year now holds a diploma and many are on their way to college.
Posted by Paul Savramis at 10:36 AM