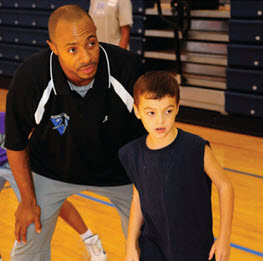 Rising Stars is a national youth foundation that utilizes basketball to promote education. Each young man and woman who has played on a Rising Stars team is a personal testament to the strength and dedication of the coaches and the integrity of this program, asserts Paul Savramis, founder of Rising Stars Inc.

According to Paul Savramis, many of Rising Stars’ former players have gone on to play basketball or other sports at the college level.

Jay Williams was a product of the Rising Stars youth foundation since 5th grade. Williams, considered one of the most prolific college basketball players in history, and who later went on to play for the Chicago Bulls, credits the program for helping him stay on course.

Williams’ career ended in 2003 after crashing his motorcycle into a street light pole. Williams now works tirelessly as national ambassador for Rising Stars, inspiring children to be the best they can be. In 2016, Williams released his memoir “Life Is Not an Accident” where he writes about the athlete he once was and the adult he needed to become.

“Working together and being part of something bigger than you, is really what Rising Stars is all about,” says Chuck Everson, former rising star/NCAA champion and former NBA player.

Many former students return as coaches, mentors and sponsors. They go on to show they care and do not forget where they come from, concludes Paul Savramis.
Posted by Paul Savramis at 5:18 PM