Paul Savramis and Rising Stars Serve Alongside “Meals from the Heart” 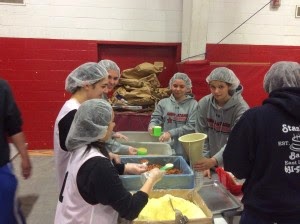 One of the greatest challenges in our world today is hunger. While many enjoy the satisfaction of good food, millions of families in America and around the world do not get enough to eat. This problem is tragic but fixable. According to Rising Stars founder and President  Paul Savramis, a good start to ending hunger is to get involved and create awareness locally.


Paul Savramis considers it a privilege to serve alongside Meals from the Heart to meet the needs of those less fortunate. Recently, Paul Savramis and 30 boys and girls from Rising Stars made it a top priority to participate at a meal packing event to feed the hungry.


What started out as a small community effort in 2009, says Paul Savramis, has now become an expanded event, getting everyone at Rising Stars involved at some level or another. The goal of this annual event is to pack 300,000 food packets in order to feed 500 children every day for a year. The food packets consist of rice, soy, pinto beans, dried vegetables, and vitamin and seasoning mix. These meals are nutritionally balanced to prevent malnutrition. The volunteers are responsible for packing the meals which are sent to local food pantries and global organizations. The group packed 310,044 meals in 2013.


Each year, the Long Island Lutheran High School hosts this event on their Brookville, NY campus. The three-day event is open to all churches, youth groups, schools, community organizations,  businesses, scouting or other groups, and family or individuals who want to participate. There are no age restrictions, however, children under the age of 10 must be accompanied by a parent. 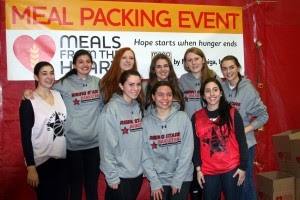 Rising Stars and Paul Savramis wanted to make sure that the meaning of the event was clear to the kids. Kids came with their parents and then were joined by them in packing. “This event is a great way to show kids that they can make a difference in other people’s lives,” says Savramis. What we really like about Meals from The heart is that they also help local families in need.That hits home with our kids and families and makes this a easy sell in our coomunity sevice requirements.


According to Paul Savramis, it takes a broad partnership of forward-thinking individuals, nonprofit organizations, businesses, and government to end the fight against chronic hunger and poverty. And as with any other global problem,getting our children involved.
Posted by Paul Savramis at 6:38 AM