Paul Savramis Reflects on the Achievements of Rising Stars 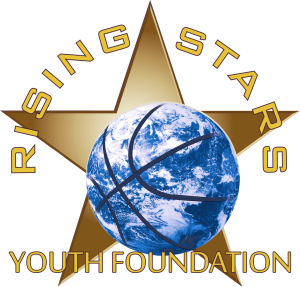 Q: Why was the Rising Stars foundation created?

Paul Savramis: Rising Stars was developed as a way to offer at-risk  youth a more promising future. The many accolades that Rising Stars has received throughout the years are a testament to the hard work and dedication of the Rising Stars staff. Numerous public figures have praised Rising Stars, including current Duke University head coach Mike Krzyzewski and several former Rising Stars participants who now lace it up as professional athletes.

Q: What major forms of recognition has Rising Stars received?

Paul Savramis: In 2003, the organization was delivered a letter from then-President George W. Bush hailing Rising Stars for its efforts. The letter acknowledged the importance of athletic participation in helping children learn the value of an education and determination. President Bush expressed his gratitude to Rising Stars for using basketball to teach leadership fundamentals.

Q: What else did President Bush cite in his letter

Paul Savramis: President Bush noted that the organization was instrumental in teaching children positive values and learning how to compete for fun and enjoyment. This was tremendously validating to those of us who have worked diligently to ensure that Rising Stars continues to have a positive impact on the lives of all students who participate.

Q: Has Rising Stars been acknowledged on a local level?

Q: What was the focus of Governor Pataki’s letter?

Paul Savramis: Governor Pataki commended Rising Stars for the organization’s unique vision and commitment to excellence, specifically the role of mentoring in the lives of impressionable youth. Mentoring has always been an integral part in the Rising Stars mission. That’s why we make sure participants have the opportunity to bond with someone who will be a terrific role model. Additionally, just being a part of a team is a very positive experience and plays a very important part in a child's development.
Posted by Paul Savramis at 6:17 AM